The British parliamentary elections and their problems 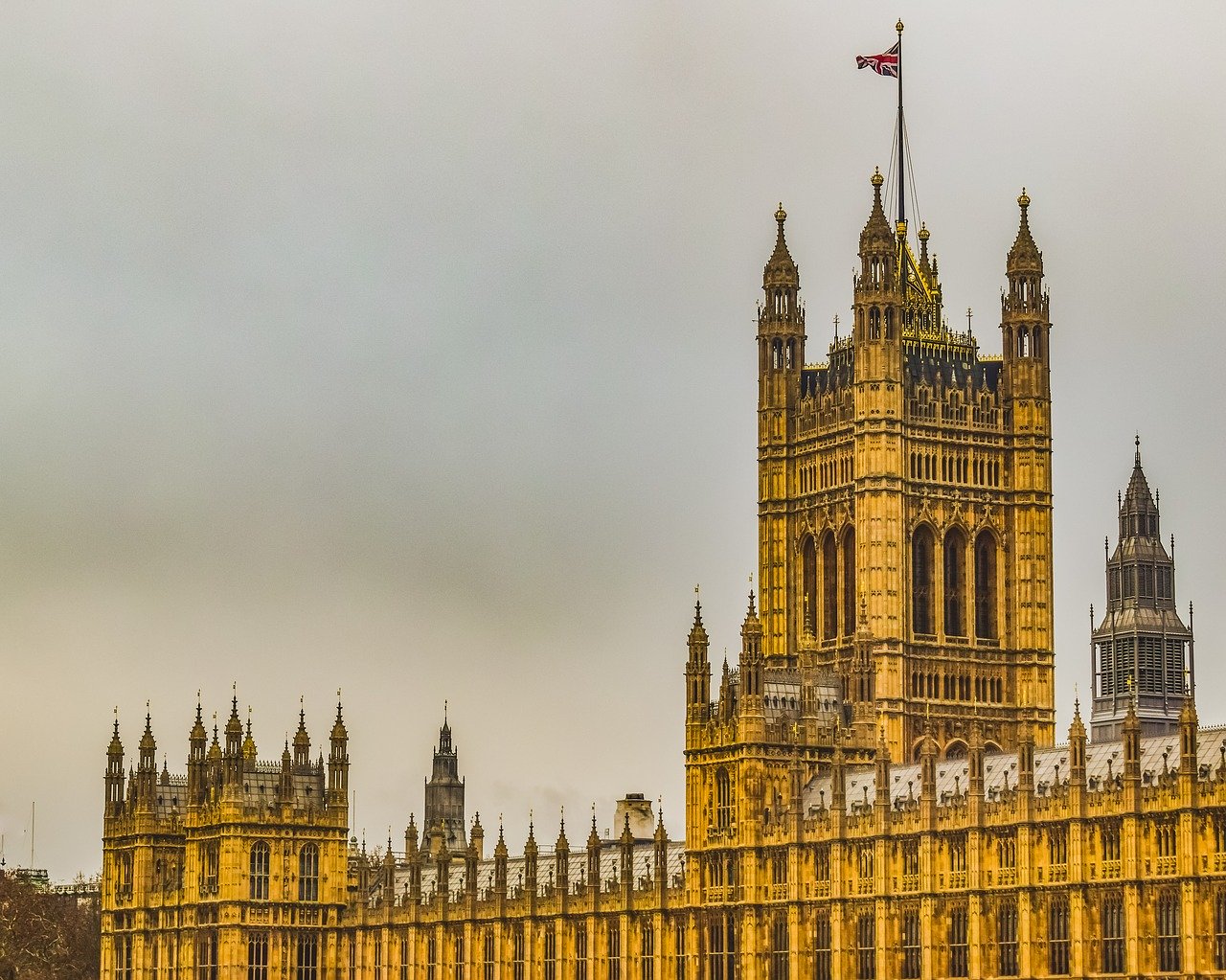 With the upcoming General Election on December 12th, we thought it timely to look into the electoral system in the UK. In this article we will look at how voting in the UK works, the problems of the UK voting system, and their consequences for policy-making.

An election is held, when it is necessary according to the Fixed Term Parliaments Act of 2011 (FTPA), that puts the frequency of elections at least once every 5 years. Under the FTPA, a General Election is scheduled for the first Thursday in May of the fifth year, after the last General Election was held. Before the FTPA was passed, it was completely within the discretion of the Prime Minister to decide when elections were going to be held, as long as they were held not more than five years after the previous ones.

There are however three ways to get around the FTPA. The first is a motion, that has to be approved by two thirds of the Members of the House to set an election for a certain date. Most recently, Boris Johnson tabled a motion to hold an early election, which was approved after Labour, the Liberal Democrats, and the SNP gave up their initial opposition to the motion. Another way to get an early election, is a no-confidence vote in the Government. If the Commons express that they do no longer have confidence in the Government, the opposition parties have two weeks to form an alternative government that gets the support of the House of Commons. If the opposition fails, the Prime Minister decides on a date for new elections. A further way to get an election would be to pass an act to repeal the FTPA or at least deactivate it for the next election.

The biggest problem with the voting system in the United Kingdom are the highly disproportional results, that it yields. For example, in 2015 the SNP won 4,7% of the vote nationally while they received 56 seats. UKIP on the other hand won nearly 13% of the vote, while gaining only one MP. The difference between the popular vote and the seat distribution is described by the Gallagher Index. This is a value showing the aggregate difference between seats for parties and their respective votes shares. The higher the difference between vote share of the popular vote and share of seats in the House of Commons, the higher the Gallagher Index. In the 2015 General Election the voting system has clearly favoured the Conservative party while in 2001 and 2005 it favoured Labour.

If the current trends hold true, more and more parties are going to appear on the ballot due to the diversification of the national party landscape. This also means, that there will be less votes for every single party, further diminishing their vote margins. On a local level this can mean perverse incentives for candidates. It can be more effective to try to consolidate support from one local group only, rather than trying to build broad coalitions among the electorate. This can have detrimental consequences for local social cohesion.

Originally the voting system was supposed to cover a simple division in society: Tory-Liberal in the 19th century and Conservative-Labour in the 20th. There were barely any interests in society that were not represented by one of those two parties. Today, there is no more one dividing line in society. Society has diversified to an extent, that two parties can no longer adequately represent it. The simple majoritarian voting system is suitable to represent a society and the breakdown of its opinions along one dividing line, but if you add in multiple dividing lines, the system is no longer representative. One present day example are the so called ‘Labour Leave Voters’, who want to leave the European Union, but are dead-set against the Tory party. They find themselves without a political home, as the Labour Party has shifted from Euroscepticism towards a more pro-EU stance.

Additionally, this system makes it hard for independents to compete. Independents need an excellent organisation and campaign infrastructure, as well as a lot of cash to stage a campaign that has a chance of winning. An upset win, by a new party or group, as with LREM in France is highly improbable in the United Kingdom. This was tried multiple times: in 1983 with the SDP-Liberal Alliance and in 2019 with Change UK.

The most obvious consequence of this voting system is that the party that nationally has most votes generally has a huge advantage in seat allocation in Westminster. Small nominal majorities over another party can translate to huge advantages in seats due to the first-past-the-post system. Furthermore, many seats are entrenched and non-competitive, electing the same MP every election. In 2017, 37 MPs, roughly 6% of the House, had already served since before 1990.  The corresponding figures for Germany and France are 1.4% and 0% respectively. This becomes problematic as soon as the local MP no longer feels the need to campaign in their constituency. This leads to an increasing focus on districts that are competitive for the parties (marginal seats) and takes the focus of the country as a whole.

In terms of policy making, this means that concerns from minority communities oftentimes are not adequately heard and that rural communities are overrepresented in parliament due to the existence of more rural districts, although the majority of the population lives in the big cities. Nationally this has the effect that Labour needs more votes per seat, than the Conservatives do because of higher margins for Labour candidates in urban areas and slimmer margins of victory for the Conservative candidates in rural areas. These deficiencies in representation are also frustrating local and regional nationalisms, particularly in Scotland. Scotland was no battleground (the last time Conservatives held a majority of seats was 1955), which is why the Conservatives never seriously contested seats in Scotland and Labour took most Scottish seats for granted, without investing a lot of time and energy. Because Scotland was all but irrelevant electorally it was given only very little attention, resulting in worse outcomes for its population and the rise of the Scottish National Party. Transnational challenges (climate change, demographic change) only get serious attention, when a large plurality or majority of voters is concerned by them. Too long has it been the case that only a minority has seen the need to act on climate change; the issue was not one that would win a campaign and was therefore disregarded by MPs for too long.

All this illustrates that the UK voting system prioritises easy government formation over equitable representation. In the last one hundred years there have only been 3 governments that drew their support from MPs elected by the majority of voters. This in and of itself should be disqualifying for a “democratic” system that all too often leads to a government that is only supported by a third of voters.

Although there are many ideas to reform the British electoral system, there is no widespread consensus on how to do so. The most pertinent argument made against any change is that there is a special connection between an MP and their constituency, that would be broken by a more proportional system of representation. The alternatives that are proposed only seldomly include a full transfer to a proportional representation system. The most prominent alternatives are as follows:

The Single Transferable Vote (STV) system, also known as Alternative Vote system gives voters the chance to rank their preferred candidates in a certain order. A constituent would see the names of all the candidates on the ballot paper and would have to rank them by preference. When votes are counted the candidate that has the least votes as a first choice is discarded from the race, while the candidates that are marked as second choice on these ballots, get the votes allocated to them. This continues until one candidate remains thanks to the support of the majority of voters. The objective is, to make sure, that every MP is elected by a majority of voters. This would not solve all of the problems mentioned above but gives the MPs a greater footing in society and ensures that an MP not only has strong grass-roots support, but also support from a broader coalition of voters. 2.

Another alternative are multimember constituencies, that elect two or more representatives. These seats would be allocated following the rules of proportional representation. This system would guarantee a wider range of viewpoints to be represented in the House of Commons, as well as making the issue of wasted votes less prevalent.

Elections to the devolved parliament of Scotland can serve as another model. There are two types of constituency, a first-past-the-post constituency and a so-called regional constituency with seven members each. A voter has two votes. The first is for the candidate the voter wants to represent the interests of the relatively small constituency they live in, while the second is a vote for the party, the voter wants to support on the regional level, where there are 7 seats in all to gain. This gives smaller parties a chance to succeed in elections and in making their voices and ideas heard. The allocation of the seats on a regional level would follow the rules of proportional representation.

If the UK were now to introduce the STV system in electing its constituency members as well as creating the multimember districts as pioneered in Scotland, the electoral system would be a lot more representative of the entirety of opinions held by the people in the United Kingdom.

These are only some alternatives that would each include the principle that every constituency and every region has distinct MPs that can help in constituency related matters. There are however other concerns that have to be addressed in any voting system reform, such as racial and gender discrimination and fair redistricting.

The UK is an ever-diversifying society and that won’t change after Brexit. The values of a society are reflected in their choice of governing system. The way in which MPs are elected is still based on the assumption of there being a homogenous society, whose opinions fall easily on two sides of one dividing line. This assumption makes the entire system malfunction, because new challenges aren’t addressed in an adequate manner and the true diversity of the British society isn’t represented in parliament. To fulfil the promise of a full democracy where every voice is heard and every vote counts the UK has to undertake some serious electoral reforms and address the concerns of the ever-growing minority communities, less developed regions, and especially the culturally and historically more autonomous regions of the Union. If the UK doesn’t start to think about the country as a whole during elections, Brexit will soon no longer be the biggest problem the UK faces.