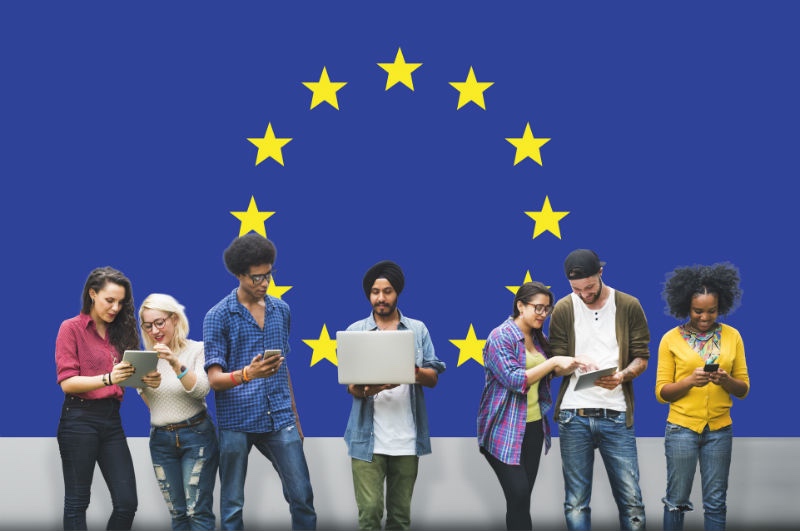 Over the last decade, many European countries experienced not only a political shift to the right wing but also at the same time a stark rise in support for populist parties. This trend of increased populism attracted the media – turning “populism” into a buzzword for several years – and researchers alike. However, no consensus on a definition of the term has been reached yet. While some consider populism to be an ideology, others talk about it as a form of movement. Nevertheless, most scholars have reached an agreement that the critical element is the juxtaposition of the “ordinary” people against the “in-power, corrupt” elite. While partial knowledge about this phenomenon and clarification of the symptoms and its results has been gained, there is still the need for research, especially regarding its causes. So far, the reasons considered in the literature range from globalisation, highlighting and reinforcing the divide in societies, to a lack of trust in politicians, and education. The underlying problems include a scarcity of political knowledge as well as democratic fatigue or missing democratic values. Missing civic education has been stated as a cause for this predicament in multiple papers. At the same time, civic education has been acknowledged as a possible remedy to populism without further investigations on the nexus between both or civic education in general.

With this in mind, the Civic Education research programme aims to look at the causes of populism from the perspective of an educational issue, thereby contributing to understanding the link between civic education and populism. Our goal is to explore how different countries’ education policies and structures influence democratic participation and attitudes towards democracy and citizenship. Since most of the literature on civic education is centred around the American educational system, the research programme wants to understand how civic education especially in Europe can foster a positive outlook of the youth on active citizenship, democracy and the European institutions.

Our first publication The missing link between civic education and populism: restoring civic faith amongst Europe’s youth published in 2019 examined if and how populism could be challenged by civic education in Europe. The paper maps the various civic education curricula and methodologies within Europe, highlighting a considerable diversity within Europe’s school systems. It also focused on the connection of populism, and civic education within Italy and England as both countries have seen an increase in populism symptomized by the Brexit campaigns and the “Movimento 5 Stelle” party. Overall, the research programme inspects how civic education is embedded in the national curricula of both countries and how it is practically implemented in schools.

What led us to analyse the role of civic education in society comes from the fact that civic or citizenship education’s main objectives are the expansion of democratic, political and social knowledge which constitutes the basis for a well-informed and educated society. Likewise, civic education plays a pivotal role in supporting the development of personal and interpersonal skills, such as critical thinking or taking social responsibility, thereby equipping citizens with the skills and knowledge necessary for active participation in society. As education is the responsibility of the member states, and there is no central European directory for the curricula, there is a wide range of concepts for citizenship education within the European Union. In fact, the findings of our study have shown that different approaches for delivering civic education exist. These range from a cross-curricular theme that should be cultivated in every subject to civic education being a topic integrated with other subjects such as history or citizenship education as a separate subject. However, civic education should go beyond the classroom. Adding practical experiences to the theories learned in school helps to shape a positive attitude towards citizenship. These non-formal approaches can consist of participating in student council, having discussions about political events, and/or volunteering, among others.

While a decline in political participation among the youth in most European states could be observed, this trend seems to be even more pronounced among Italian youth who turned away from mainstream parties to new movements with a populist, anti-establishment voice. Especially, analysing the data gained from a Sicilian focus group, the research programme found that one of the main problems is the missing systemic approach in civic education. Teachers should receive clear instructions, and more teacher training is needed. With regards to populism, participants criticised the lack of promotion of initiatives and projects compared with other topics such as legality or anti-bullying.

In England, the same trend of youth disengagement could be observed until 2017. At the UK General Election that year, turnout among those aged 18-24 increased by 21 percentage points compared to 2015. The framework for civic education remains unsystematic. 2010 marked an ideological change in civic education policy. While the subject’s main goal was formerly regarded as promoting active citizenship, it was hence driven by the idea to promote personal development rather than societal. Moreover, civic education was negatively shaped by a surge in private schools and the related decline in the use of the national curriculum manifesting what the main objectives of the subject should be. Interviews conducted by the research programme with British students show that they are facing problems similar to the Italian students as they complained about the ‘implementation gap’ – the gap between legislation and implementation in schools. Missing directories for teachers seem to have a negative impact on the deliverance of the subject. As a result, students claim that a return to a less neo-liberalist approach of the subject would be beneficial in addressing the polarisation of society.

Building on the work the research programme has done so far, our research team aims to further fill a considerable gap that still exists in the policy debate regarding the relationship between educational structure and questions of citizenship, voter behaviour, and attitudes towards democracy or the EU. To this end, we are currently working on two new academic papers which will focus on macro-issues related to the field of civic education. On the one hand, our first paper will tackle a systematic review of civic education and populism from a mere academic point of view to create a summary of different current of thoughts as well as definition of the concepts. On the other hand, following the findings of the paper published last year, our second work will deal with civic education and democratic engagement by carrying out a more detailed comparative analysis across European countries.

Furthermore, we think that civic education should be studied as a topic in continuous evolution. For this reason, we have decided to introduce innovative ways to conduct research and create awareness and engagement of topics related to our research programme. First, we will soon launch a podcast series called Re-thinking civic education. Throughout several episodes, our team wishes to discuss different topic-related issues, including different use of civic education, the nexus between democracy and education, as well as the role of the EU in fostering youth participation and education. Second, we have decided to create a campaign on social media inviting youngsters to record themselves highlighting what the EU means to them and how they think the Union can improve. Third, we have been invited to intervene in several panel discussions to illustrate the focus of our research. For instance, in September we presented our work at the NECE Network event Reconnecting in a post pandemic world: Citizenship education for democracy and sustainability. All in all, we strongly believe that by creating alternative ways to discuss the link between civic education and populism we will be able to contribute to foster European citizenship across the continent, as well as to help young people to understand the duty they have to build a European well-informed and responsible society.

If you want to learn more about the research programme, please click here.