Europe on the Moon, the Green Deal: generativity or old economy make-up operation? 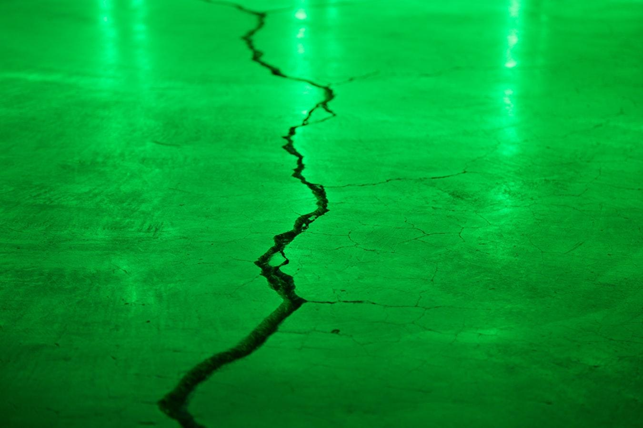 The following paper examines the European Green Deal. The method used is the one of a legal, philosophical and political analysis. The paper approaches, first of all, the definition of the Green Deal. It focuses on its nature and its impact at a European level. Secondly, it examines the state of the art, the various sectors affected by the plan and the legal steps taken over time. It then analyzes what the critical points that the adoption of such a project may present in the long term both on a practical and on a theoretical level . In particular it highlights the need for the plan to unite growth and sustainability in order to be a real generative game-changer at European and global level. The conclusions of this paper highlights both the critical points and the opportunities and hopes opened up by the Green Deal which could become a virtuous example for the entire planet.

What is the European Green Deal?

“This is Europe’s man on the moon moment,” Ursula Von Der Leyen said launching the European Green Deal. “«Our goal is to reconcile the economy with our planet» and «to make it work for our people,» she added, describing climate policy as Europe’s new growth strategy.”[1]

Climate change and environmental degradation are among the main life and existential threats to humankind. The European Green Deal tries to transform the EU into a modern, resource-efficient and competitive economy. The Commission makes it clear that “the European Union is committed to becoming the first climate-neutral bloc in the world by 2050. This requires significant investment from both the EU and the national public sector, as well as the private sector. The European Green Deal’s Investment Plan – the Sustainable Europe Investment Plan – presented today will mobilise public investment and help to unlock private funds through EU financial instruments, notably InvestEU, which would lead to at least €1 trillion of investments.”[2] The main objectives of the plan are the following:

“- no net emissions of greenhouse gases by 2050

– economic growth decoupled from resource use

– no person and no place left behind

The European Green Deal provides an action plan to:

– boost the efficient use of resources by moving to a clean, circular economy

The plan outlines the investments needed and financing tools available. It explains how to ensure a just and inclusive transition.

The EU aims to be climate neutral in 2050. We proposed a European Climate Law to turn this political commitment into a legal obligation.

Reaching the target [of climate neutrality in 2050] will require action by all sectors of our economy, including:

-rolling out cleaner, cheaper and healthier forms of private and public transport

The EU will also provide financial support and technical assistance to help those that are most affected by the transition towards green economy. This is called the Just Transition Mechanism. It will help mobilise at least €100 billion over the period 2021-2027 in the most affected regions.”[3]

The plan unfolds in three dimensions to reach its aims:

“Financing: mobilising at least €1 trillion of sustainable investments over the next decade. A greater share of spending on climate and environmental action from the EU budget than ever before will crowd in private funding, with a key role to be played by the European Investment Bank.

Enabling: providing incentives to unlock and redirect public and private investment. The EU will provide tools for investors by putting sustainable finance at the heart of the financial system, and will facilitate sustainable investment by public authorities by encouraging green budgeting and procurement, and by designing ways to facilitate procedures to approve State Aid for just transition regions.

Practical support: the Commission will provide support to public authorities and project promoters in planning, designing and executing sustainable projects.” [4]

The main points outlined by the Commission in order for Europe to become a climate neutral bloc are the following:

“1. ‘Climate neutral’ Europe. (…)That means updating the EU’s climate ambition for 2030, with a 50-55% cut in greenhouse gas emissions to replace the current 40% objective. The 55% figure will be subject to a cost-benefit analysis.(…)

2. Circular economy. (…) The circular economy action plan includes a sustainable product policy with «prescriptions on how we make things» in order to use less materials, and ensure products can be reused and recycled. (…)

3. Building renovation. This is meant to be one of the flagship programmes of the Green Deal. The key objective there is to «at least double or even triple»the renovation rate of buildings, which currently stands at around 1%.

4. Zero-pollution. Whether in air, soil or water, the objective is to reach a “pollution-free environment” by 2050. New initiatives there include a chemical strategy for a «toxic-free environment».

5. Ecosystems & biodiversity. (…) «Europe wants to lead by example» with new measures to address the main drivers of biodiversity loss, an EU official said. That includes measures to tackle soil and water pollution as well as a new forest strategy. «We need more trees in Europe,» [an] official said, both in cities and in the countryside. New labelling rules will be tabled to promote deforestation-free agricultural products.

6. Farm to fork strategy. This new strategy will aim for a «green and healthier agriculture» system. This includes plans to significantly reduce the use of chemical pesticides, fertilisers and antibiotics, an EU official said.

7. Transport. One year after the EU agreed new CO2 emission standards for cars, the automotive sector is once again in the commission’s firing line. The current objective is to reach 95gCO2/km by 2021. Now, «we need to work towards zero,» sometime in the 2030s an EU official said. Electric vehicles will be further encouraged with an objective of deploying 1 million public charging points across Europe by 2025. (…)

8. Money. To «leave no-one behind,» the Commission proposes, as mentioned above, a ‘Just Transition Mechanism’ to help regions most heavily dependent on fossil fuels.(…)

9. R&D and innovation. With a proposed budget of €100bn over the next seven years (2021-2027), the Horizon Europe research and innovation programme will also contribute to the Green Deal. 35% of the EU’s research funding will be set aside for climate-friendly technologies under an agreement struck earlier this year. And a series of EU research “moonshots” will focus chiefly on environmental objectives.

10. External relations. Finally, EU diplomatic efforts will be mobilised in support of the Green Deal. One measure likely to attract attention – and controversy – is a proposal for a carbon border tax. As Europe increases its climate ambitions, «we expect the rest of the world to play its role too». But if not, Europe (…) will protect its industry against unfair competition.(…)

The timeline of the plan

It is important, in order to better understand the complexity of the European Green Deal project, to outline the stages that unfolded in time for its realization:

The challenge of generativity

The great challenge humanity, and in this case Europe, is facing, is to develop a model that integrates growth and sustainability. In the recent past, the debate, especially among economists, was focused on the issue of growth. The fundamental question around which the academic and political debate has revolved is: can we continue to grow without limits on a planet with finite resources?

Some have theorized the possibility of happy degrowth, while others have stressed that growth at all levels is necessary for human well-being. Reconciling the demands of growth with sustainability is no easy challenge. Our planet, and us, however, we seem to be crying out for this, not only for the survival of the planet but also for our one. This is where the topic of earthbound comes in: the intimate connection of the human being with planet earth. The inseparable link between human life and planet earth is increasingly evident today. However, this is not the only essential link to try to solve the dilemma of growth and sustainability. The other inseparable link, made even more clear by the pandemic, is the one between human beings, none survives unless we all survive. We are a large global community in which, similar to the Ubuntu concept of sub-Saharan Africa, I can be only if we all are. Awareness of these two links is perhaps the narrow corridor in which the European Green Deal could move forward between growth and sustainability. If it were to abandon either of these two dimensions the purpose for which it was proposed, to be a virtuous example to start solving the problem of climate change, could be a washout. Growth alone would keep us in the standard economic model, the same model that has brought us to today’s tipping point. Sustainability alone risks repudiating growth in favour of a collectivist absolutization of the good of the planet, which would surely leverage the necessary happy or unhappy degrowth. The intermediate path that can be pursued is probably the one proposed by Pope Francis’ encyclical Laudato Si’. Growth, and therefore also degrowth, is needed in patches. Some parts of the planet, especially the poorest, need strong economic growth, while others, on the other hand, living in immoderate luxury, can limit unbridled growth. Perhaps the narrow path by which the European Green Deal and other future plans in other parts of the world must seek to move is that of generativity. Generativity is neither just growth nor just sustainability. Generativity, on a philosophical level, takes note of the present situation so that through a process of awareness that situation can become a transforming impulse that generates life. Generativity takes note of the real overall situation and therefore also concerns the human being for his integral development; generativity is the basis of an integral ecology (which unites the human being and the planet in a “we are”).

The Green Deal attempts to stand in the footsteps of generativity carrying forward a view that keeps together growth and sustainability by proposing a circular economy, in wanting to transform the world of job market, the world of energy production and the world of production. It also seeks to raise public awareness of ecological issues. The risk for the European project, however, is to get stuck in a dual vision that sees the planet as separate from the human being, in which economic growth is still understood as separated from an integral ecological growth and therefore from the human being in all his dimensions (physical, psychological and spiritual) by interpreting the economic model as one of profit that must prevail on generativity. If the compass of a non-dual generative vision of the project were to be lost, the project would not make Europe take the qualitative leap. Europe would not become the avant-garde exemplum that the world needs. It therefore seems necessary to pursue not only an ecological vision but a wide-ranging vision that gives hope on a physical, psychological and spiritual level, with the compass of a shift in awareness from an I am (linked to materialism and the pre-crisis neo-liberal system) to a global we are (a factual reality made explicit by the great migratory phenomena, the climate crisis, the technological development and the Coronavirus pandemic). If the European Green Deal succeeds in taking and continuing along this path, it could certainly prove to be a revolutionary and therefore generative project and today’s decisions will be the turning point for a future of hope.