European power balance in the Mediterranean: Spain and Italy 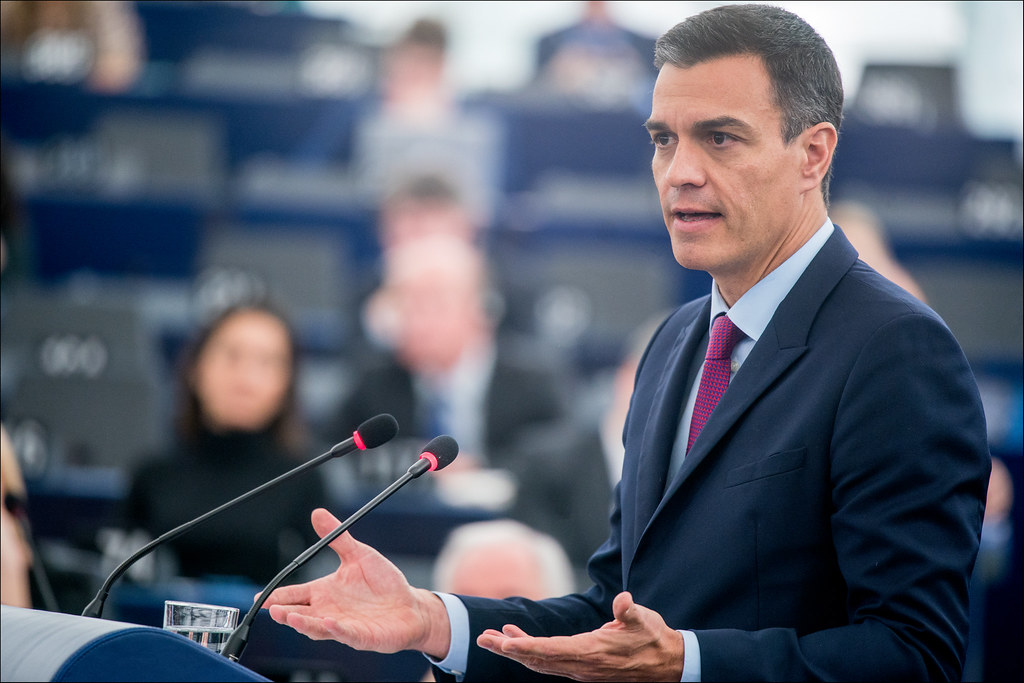 Anytime the Spanish economy performs better than the EU average, it is taken as an example for the rest of the EU countries and compared with the strongest (politically and economically speaking) Mediterranean member state: Italy.

When during the second Aznar (2000-2004) and the first Zapatero (2004-2008) governments, Spain´s economy performed greatly (thanks to an “economic bubble” based on building and bank credits speculation), Spanish newspapers constantly cheered their country´s moral and economic development in comparison with chaotical Italy ruled by Berlusconi and with an unstable party system since the Mani Pulite case (the huge corruption scandal that, in the 1990s, erased the consensus around the Italian party system). However, this momentum was quite short. As the 2008 crisis loomed, the Spanish economy cracked and the so-called “Spanish miracle” proved to be built on nothing but unpaid credits and unfinished massive urbanistic projects.

Spain and Italy went through the crisis period in different ways. While Spain´s unperfect bipartisan party system got gradually destroyed, Italy was stuck on its chronical instability. Moreover, the Spanish social economy – importantly dependent on foreign investments – was one of the most damaged in Europe. On the other hand, Italy – with not so heavy external dependence – could resist better the economic crisis, albeit its political sphere was being constantly disrupted from the inside: from Berlusconi to Renzi as prime ministers, passing through the technocratic government led by Monti, but always with the salvific presence of Giorgio Napolitano (independent, former Communist Party member) as president of the Republic and mediator for the formation of new governments.

However, in spite of this particular Italian way to resist the economic and political crisis (partially thanks to the solid constitutional framework created in 1947), since Lega and Movimento 5 Stelle started their mandate (2018), the EU struggled to understand and control what was happening beyond the Alps.

In the meanwhile, after an interim of two years (from the Andalusian elections in February 2015 to Rajoy´s investment in October 2016), the Spanish party system changed completely (with Podemos on the left and Ciudadanos on the right consolidating a four-party system) and the country was forced to repeat the general elections. Then, the Spanish political arena stabilised and the conservative leader Mariano Rajoy formed a government characterised by its lack of interest in international matters, but always obedient to the European authorities during the hardest years of crisis, when different austerity measures were taken. In 2017, the Catalan affair reinforced the conservatives’ power after suspending the regional autonomy, following the fake independence referendum and declaration. Nevertheless, during spring 2018 and after several years of waiting, the Popular Party was condemned in the Gürtel case for benefitting (alongside with important Spanish enterprises) from a huge, national-wide network that whitened money coming from public contracts. Due to this sentence, the Socialist Party, leader of the opposition, passed a non-confidence motion to expel Rajoy. This measure succeeded thanks to the left-wing party Podemos and to the Basque and Catalan nationalist forces (whose support had always been rejected by the Socialists). Pedro Sánchez, the Socialist leader who retook the leadership of his party after being expelled due to his refusal to abstain on the non-confidence motion, eventually became president.

From this moment, things changed. European and international politics were not ignored anymore by the new government as Rajoy did. Josep Borrell, former EU Parliament president, became minister of Foreign and EU Affairs. Moreover, while trying to stop the “fake-news” regarding Spanish democracy spread by the Catalan independentist forces, the presence of the Spanish diplomatic body was strengthened and coordinated. At the same time, in Italy, Giuseppe Conte’s first government (supported by Movimento 5 Stelle and Lega, with Matteo Salvini as strongman and Interior minister) openly confronted the European economic designs and defended a hard anti-immigration policy, causing several headaches to the EU and to other European countries such as Spain or France.

For the EU authorities it was almost automatic: since their historic referent country in the Mediterranean starte to ignore them, they now relied on Spain (and Portugal, whose government was also Socialist and pro-European). After the European elections that reinforced the positions of both Salvini and Sánchez, the European power balance in the Mediterranean seemed to have shifted to the west: Sánchez was named head of the socialdemocrats in the negotations for their positions in the new Commission; a new majority was now possible “from Tsipras to Macron”, where the socialdemocrats would lead the Commission isolating the far-right and displacing the conservatives at the wheel after fifteen years. This also meant excluding the Italian Salvini and his conservative allies from taking any decision in the core of EU institutions.

However, things did not end up as planned, without any new majority: the traditional alliance between conservatives and socialdemocrats with the support of the ALDE (whose main referent is the French President Macron) is still leading the Commission and Sánchez’s position (who started to have his own internal problems, as he did not manage to form a new government with the support of his leftist and nationalist allies) was clearly defeated. The day after the European elections, held on same day of the local and regional vote in Spain, Sánchez flew to Paris and started discussions with Macron about the future of the EU. It seemed that this new block from Tsipras to Macron, with Spain and the socialdemocrats in a preeminent position, was close to be formed. Nevertheless, traditional balances prevailed. It is said that, while Sánchez was having a meeting with Macron for a new Commission presided by the S&D, the French leader left the room and talked with Angela Merkel, who convinced Macron to relive the traditional EU alliance and leave the presidency of the Commission to Ursula Von der Leyen, German, conservative and former minister. The socialdemocrats lost the battle, gaining only the High Representation of the Union for Foreign Affairs and Security Policy. Sánchez could not obtain the leadership of the Commission for his party, however, he secured a good position for Spain, with Borrell. It could be said that the balance of power in the Mediterranean could still be favorable for Spain. But the Italians got into the negotiations and, as the Democratic Party managed to get a good result in the European elections remaining one of the strongest factions of the European Socialdemocrats, they obtained the Presidency of European Parliament with David Maria Sassoli.

In the summer, unexpectedly, Spain was still hanging by a thread without a progressive government, while Matteo Salvini was showing his strength by blocking migrants in the Mediterranean Sea and growing in the polls: he could now govern alone with his right-wing allies, so he called for general elections. In August, the vote in Italy wes seen as inevitable, while in Spain it was believed that the leftist forces would agree on some kind of government. However, nothing happened as expected. Spain had to repeat the general elections amidst the growing indignation of the population (according to official surveys, politics is the second problem after unemployment for Spaniards). In Italy, after few days of negotiation and the mediation of president Matarella, Salvini decided to topple the government, prompting a new alliance between two parties that all of a sudden seemed to be no longer incompatible: Movimento 5 Stelle and Partito Democratico.

The EU core institutions took note of these developments, and the traditional Italian referents in Europe were ready to retake the centrality that the first Conte government had rejected. In this context, Paolo Gentiloni’s (Democratic and former Italian prime minister) nomination as Economic Commissioner makes sense. Therefore, the consolidated power of the Italian socialdemocrats might erode Sánchez’s leading position in Europe together with Spain´s capability of action in the core of EU institutions.

In conclusion, the Mediterranean power in the EU remains unbalanced. Spain´s and Italy´s position in the new Commission will be important with Borrell and Gentiloni. Sánchez, albeit surveys indicate the opposite, may reinforce his position. The Democratic Party and the Movimento 5 Stelle may defend a pro-European government but, sooner or later, they will have to face Salvini´s electoral strength – proved in the last regional elections in Umbria. The European Union, especially since the G7 in Bayonne (where main global powers paved the way to tackle the intemperances of superpowers like China and the US), tries to manage its perennial problems. Brexit seems to be on its way to a deal; the far-right anti-European forces do not have a parliamentary majority to stop the integration process, although they strenuously resist in countries such as Hungary or Poland; and all southern Mediterranean countries (from Portugal to Greece) have pro-European governments. The two key-countries of this region, Spain and Italy, keep trying to enforce the European call for order and stability, while the messy internal politics make their governments less stable. The one who resists better to this new wave of discontent and economic deceleration, will be the one who will eventually lead Mediterranean Europe in the EU core.