London Event: Macron’s Impact on Brexit and the EU 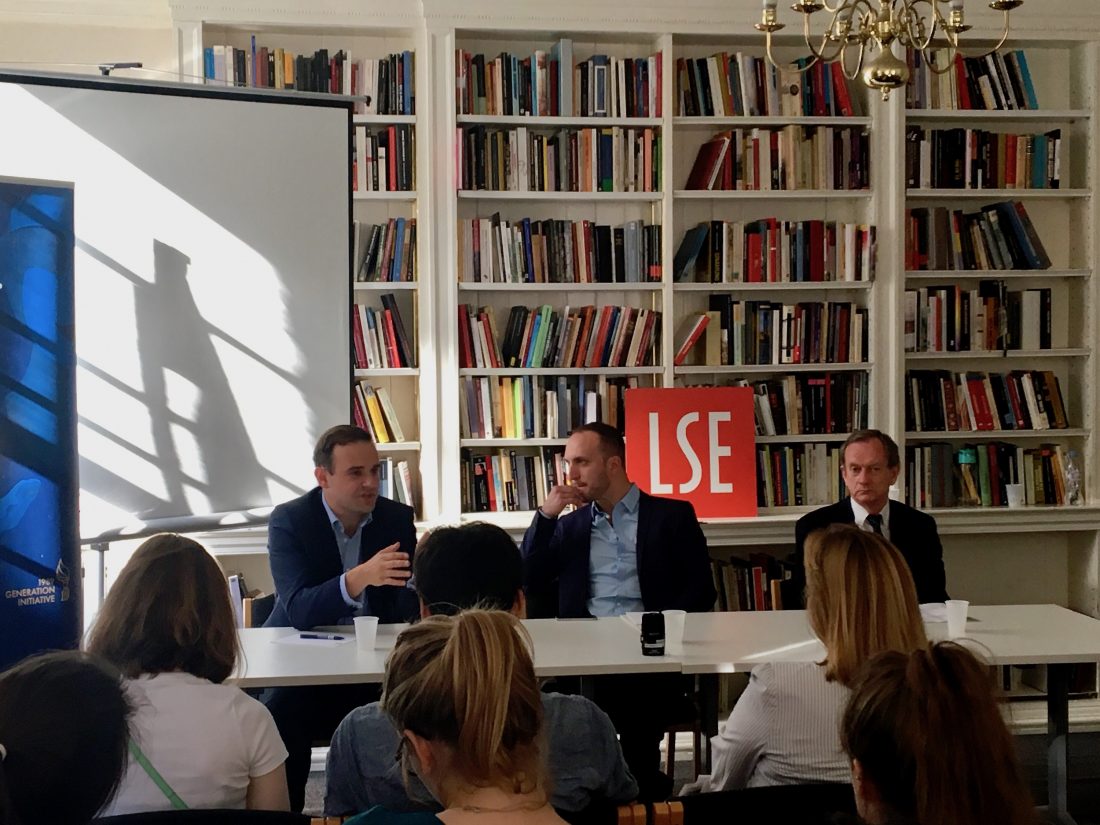 LONDON, 23 May 2017. The 1989 Generation Initiative invites you to the discussion event “What does Macron’s presidency mean for Brexit?” on Friday 26 May from 5.30 – 7pm at the London School of Economics. Alexandre Holroyd, candidate for La République En Marche, and Professor Iain Begg will analyze the role the newly-elected French president Emmanuel Macron will play in the Brexit negotiations and the consequences for the future of the UK and the EU. The discussion will be facilitated by Michael Cottakis, President of the 1989 Generation Initiative.

Alexandre Holroyd, is the newly nominated EnMarche! candidate for the French living in Northern Europe and is campaigning for the upcoming French local elections (June).

Professor Iain Begg is a Professorial Research Fellow at the European Institute, London School of Economics and Political Science. His research focuses on the political economy of European integration and EU economic governance.

The event will include a 45 minutes Q&A session.

The event is free and open to all journalists, although you would need to RSVP first due to limited room capacity.

About the 1989 Generation Initiative

The 1989 Generation Initiative is an open policy network aiming to re-invigorate the European project through the ideas and visions of ‘89ers – young Europeans born after 1989. It was founded in 2015 and is an associated organisation of the European Institute at the London School of Economics and Political Science, UK. For more information please visit http://www.1989generationinitiative.org/

The Initiative on Twitter: @1989_Generation
Our Euractiv blog: https://89ers.blogactiv.eu