Poland: Voting Rights Under Attack Ahead of Presidential Elections 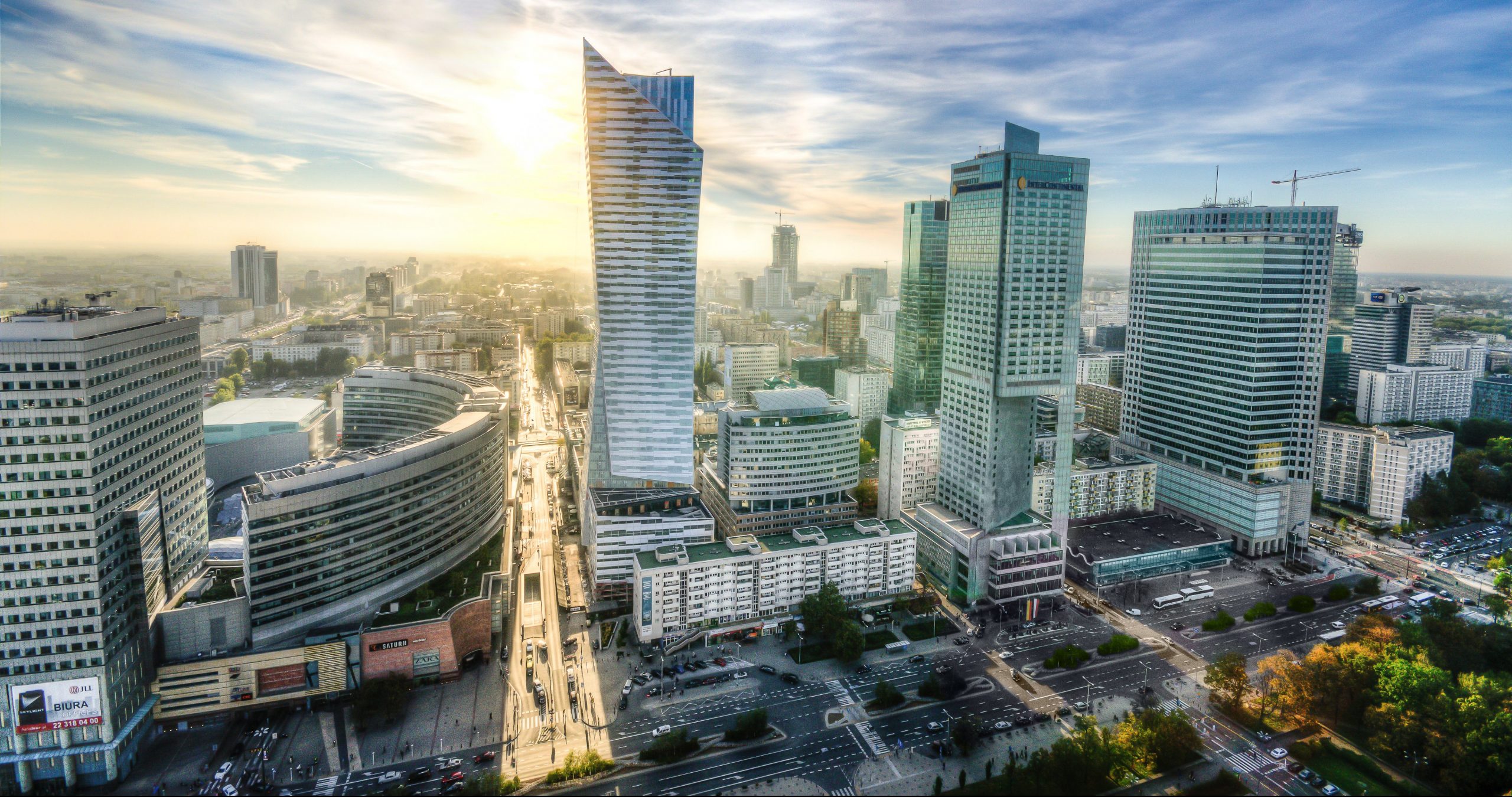 Cover Photo: Warsaw Skyline – despite political trouble, Poland has witnessed an economic boom in the past years (Skitterphoto, Pexels)

Article originally posted on Europe & Me

Since Poland’s populist right-wing Law and Justice (PiS) party secured both the presidency
and a majority in parliament in 2015, voting rights and judicial independence have eroded.
PiS’s decision to maintain the presidential elections in May amid the country’s coronavirus
outbreak is but the latest manifestation of a larger trend. In 2017 already, it had prompted the
European Commission (EC) to trigger Article 7 of the Treaty of the European Union for the
very first time, which could lead in time to Poland’s rights being suspended within the EU.
Magdalena Surowiec notes and criticises that despite clear concern from European institutions, Poland has stayed the course and continued ostracising itself from the majority of the European community.

In a speech at the 75th anniversary of the liberation of the Auschwitz-Birkenau concentration
camp earlier this year, Auschwitz survivor Marian Turski urged Europe’s younger generations
“not to be indifferent” even to the smallest of injustices. Auschwitz, he explained, did not fall
from the sky: it had built on citizens’ indifference to minor inequities. Making reference to
Turski’s speech, EC Vice President Věra Jourová recently commented: “I cannot help but see
a parallel with what is happening today. Our democracy will be lost if we will be indifferent”.
While some Poles may not yet be alarmed at the slow but steady crumbling of the separation
of powers in their country, the curtailing of their voting rights, which stand as the epitome of
democracy, should be a concern of first order for all of them.

The Threat to the Separation of Powers

On May 10th, Poles will have the opportunity to exercise their right to vote during the country’s
Presidential elections. In 2018, the ruling party proposed an amendment to the Electoral Code,
which has since impacted two elections in Poland – European parliamentary elections in May
2019, and Polish parliamentary elections in October 2019. The most significant changes
concern the abolishment of correspondence voting as well as changes to the Electoral
Commission (PKW) – a national organisation that oversees all elections and referenda
logistically but is also supposed to make sure that no laws are broken, that elections are free
and fair, and to oversee party financing.

The changes introduced by the PiS government to the PKW have made it increasingly
dependent upon the executive. The PKW previously consisted of nine judges appointed by the
presidents of the Constitutional Tribunal, the Supreme Administrative Court, and the Supreme
Court. Today, only two judges are chosen by the aforementioned, while the remaining seven
are picked by the PiS-dominated parliament, making the PKW subservient to the influence of
the ruling party.

PiS parliamentarians proposing to abolish correspondence voting argued the practice
“significantly increases the risk of irregularities”. The final wording of the bill, however,
restricts eligibility for correspondence voting to voters suffering from “significant to moderate
disability”. While parliamentarians championing the amendments suggested, in its initial
wording, that proxy voting may be made available to all as a way of securing voter rights, it
was however limited to disabled voters or those aged 75 and above.

Poles Abroad and a Constitutional Conflict

In practice, these changes mean that voters who are travelling, live abroad or in remote areas,
and those who are ill, will see their voting rights curtailed. Thus, the reforms and have come under criticism from the Polish Ombudsman and several civil society organisations for violating the
Polish Constitution. Notably, Art.96 (2), Art.97 (2), Art.127 (1), Art.169 (1) on the principle
of universal elections; and Art.31 (3) specifying that restrictions to the exercise of
constitutional freedoms and rights may be established only by statute and only if they are
necessary in a democratic state for its security or public order, or for environmental protection,
public health and morals, or the freedom and rights of others; as well as Art.32 stating that
everyone is equal before the law and has the right to equal treatment.

Many Polish voters in the May 2019 EP elections were affected by the change, especially those
living abroad. While the Ministry of Foreign Affairs opened an additional 27 polling stations
ahead of the elections, many countries or regions were not allocated a single polling station,
among them Malta, the Canary Islands, and Venezuela – all boasting a large Polish population.
When raised by the Ombudsman, the MFA dismissed the issue, saying the number of polling
stations depended on needs and resources. However, while Sweden, home to a steadily growing
Polish population of 93,722 in 2019, was only granted one polling station (two less than in the
2014 EP elections), the UK gained an extra fourteen, despite its Polish population having
dropped. In practical terms, the changes meant that Sweden had to accommodate nearly four
times as many voters in its polling station as any in the UK. Another reasoning put forth by the
MFA for the low numbers of polling stations made available in the EP elections was that they
are not very popular among Polish citizens, and that they would consider opening more polling
stations for the October 2019 Polish Parliamentary Elections.

The problem was, however, still present come October, and yet again the Ombudsman received
numerous complaints from Polish citizens abroad unable to exercise their voting rights. In
Ghana, Benin, Cameroon, Liberia, Sierra Leone, Togo, Bolivia, and Ecuador, not a single
polling station was made available. Admittedly, these countries’ Polish populations stand
below 1,000; however, failing to provide them with the means to participate in the elections
stands in contradiction with the Polish Constitution, and could easily be solved by making
correspondence or proxy voting widely available. Other territories such as Sardinia, southern
France and northern Sweden were also allocated inadequate numbers of polling stations
despite being home to large Polish populations. This happened in spite of the fact that in Polish law, a polling station is already required if a mere 15 eligible voters live in a given region. Many other countries with a larger Polish population were only allocated one polling station, for example in Hungary, which is home to some 10,000 Poles.

Being allocated a polling station is, however, not a guarantee that votes will easily be cast. For example, Poles who had registered to vote in Malta, received a confirmation of registration listing an incorrect address for the polling station. This same address was found in the official list of all polling stations abroad, resulting in many Poles struggling to cast their vote on the island. Others were simply not able to vote, because of the long distances they would have had to cover, or the hours they would have had to spare for queuing in front of an overstretched polling station, which for many that meant lost earnings. The lack of correspondence voting in the October parliamentary elections yet again left many Polish citizens stripped of their constitutional right to vote.

Corona as an Accelerator of Democratic Decay

The government’s persistence to proceed with holding the presidential election in May despite
declaring a “state of epidemic” on March 20th and imposing strict movement restrictions on
March 25th amid the country’s accelerating COVID-19 outbreak is but another example of its
disregard for voting rights. In order to appease growing criticism that many Poles under
mandatory quarantine during the election would not be able to cast their vote, PiS
parliamentarians passed additional amendments to the Electoral Code on March 28th
reintroducing correspondence voting for those under “mandatory quarantine or isolation”, or
over 60 years old. While reasonable on the face of it, these amendments are far from sufficient
for ensuring voting rights will not be curtailed.

According to the amendment, voters under mandatory quarantine must inform relevant
authorities of their wish to vote by mail at the latest five days before the elections. The danger is that voters may be put under mandatory quarantine within the five days leading up to the elections, leaving them stripped of their right to vote. This would strip them off their ability to vote just by means of an executive order. To date, the daily average of newly quarantined people has risen to 11,000.

What’s more, while these are extraordinary times which may call for extraordinary measures,
it remains that this amendment is arguably unconstitutional on the grounds of Articles 119
(1) and 123 of the Constitution. These articles state that all pieces of legislation must go through a “three reading” process and that urgent legislative processes cannot be used for amending the Electoral Code. The amendment also violated the Rules of Procedure of Sejm and Senate. According to Art.89, amendments to the Electoral Code can be read and considered during a parliamentary session only 14 days after all parliamentarians were notified of the proposed changes. In the present case, the amendment was introduced less than two hours before it was voted. In addition, according to previous rulings by the Constitutional Tribunal (K31/06, KP 3/09, K9/11), no changes can be made to the Electoral Code in the 6 months before the election process begins. Again, the current Polish government has demonstrated its ability to pass amendments that are simply unlawful.

As the country’s coronavirus outbreak grows more serious by the day, fewer voters than usual can be expected to exercise their voting right. During the March 22nd by-elections held in four of Poland’s
voivodeships, turnout already dropped significantly, as low as 10 percent in some areas.
The opposition, civil society and large segments of the population have repeatedly called on the
government to postpone the elections. Across the political spectrum, however, it is PiS that has
benefitted most from the outbreak in the run-up to the elections: with restrictions on movement
being implemented across the country, there is currently no electoral campaign to speak of,
apart from the regular appearances on national television of incumbent President and PiS
candidate Andrzej Duda.

Taken on their own, the changes to the Electoral Code may appear small, perhaps even
irrelevant to some. However, when placed within the broader context of PiS’s reform agenda
and eroding judicial independence on the one hand, and the government’s insistence that
presidential elections be maintained in May despite the country’s growing coronavirus
outbreak, an unpalatable parallel with Poland’s communist past begins to emerge. As such,
there may be more at stake in the country’s upcoming elections that meet the eye, and Poles
cannot afford to be indifferent even to the smallest infringements on their democratic rights.