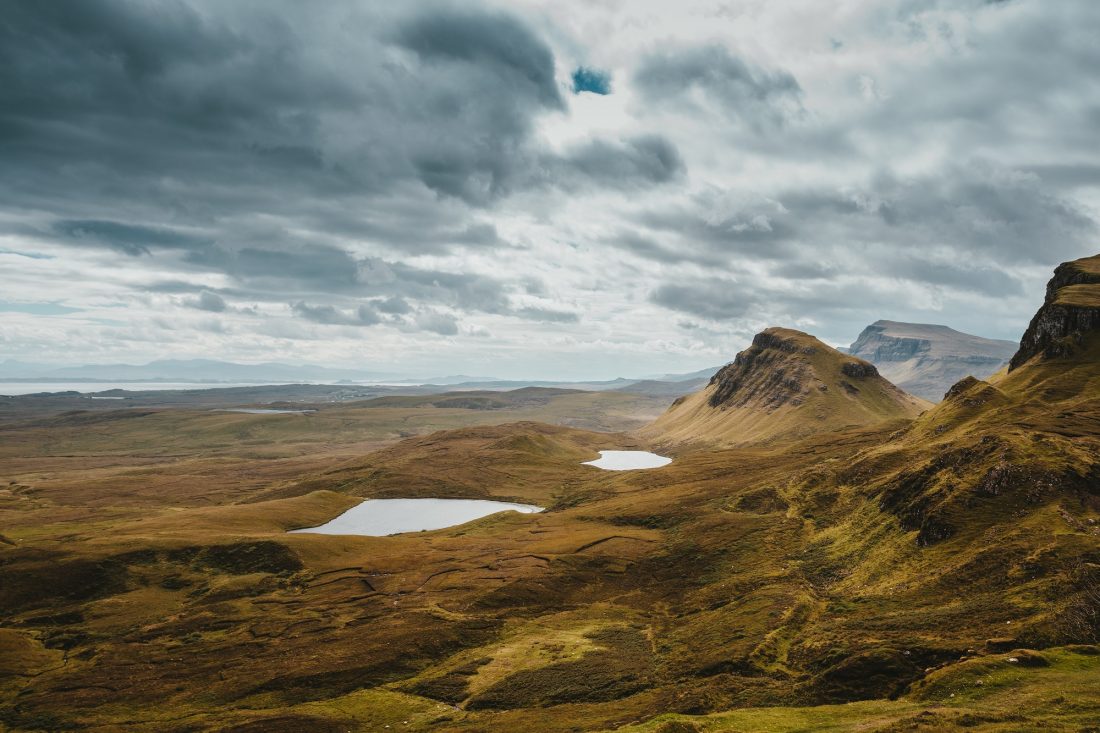 Thanks to its regional chapters, the 1989 Generation Initiative is fast expaning into a pan-European organisation, where young citizens across the continent can shape the future of Europe through their innovative ideas and regional insights. Today, we begin with our series of 1989 Generation Initiative chapter introductions, so we met Nerea Heras, Head of the Scottish chapter based in Aberdeen.

What’s the role of the chapters in the 1989 Generation Initiative policy cycle?

The Chapters that the Initiative has across Europe contribute to the policy cycle by presenting the perspective of young people across the continent on the direction that European politics should take and their views on the future of Europe and their countries in it. They enable us to obtain an enriching and varied panoramic view of the motivations and wills of European youth, from southern, central and northern states.

“The role of the Scottish Chapter is a particularly special one, as our policy cycle deals with the future relationship between the UK and EU”

The role of the Scottish Chapter is a particularly special one, as our policy cycle deals with the future relationship between the UK and EU, instead of with intrinsically EU-matters. This is a key topic considering the current geopolitical challenges that Brexit poses and in which we believe essential that the youngest generations take part.

So, why an Initiative Chapter in Scotland?

It might seem confusing, or even absurd to some, to have a Chapter in Scotland now that Brexit is imminent. Scotland, and the UK, might be leaving the EU, but they are not leaving Europe. They will still play a key role in the continent and will have ties, of commercial and other sorts, to EU member states and neighbouring countries. Thus, it is essential that the youngest generations in Scotland have fora in which they can discuss their current and future situation as a country. Now that the whole of the UK is entering a phase of substantial political transformation, it is key that young people have a space in which their opinions are taken seriously and considered by decision-makers.

Two years after Brexit, how is the state of play in Scotland?

There is still much uncertainty about what will happen once Brexit becomes a reality. With relatively vague agreed points on the table, it is difficult for Scottish citizens to guess how their future will look like after March 2019. In universities and other multiple discussion forums across the country, dozens of events have been organised since the Brexit vote to attempt to clarify the situation. Unfortunately however, even experts and politicians are unable to provide a concrete answer, as much is yet to be agreed.

It must be acknowledged that a substantial majority of Scottish citizens, particularly young Scots, regret the outcome of the referendum and are overtly in favour of a Scotland with strong ties to the European Union. This does nothing but increase that sentiment of despair and uncertainty over the outcome of the negotiations. Moreover, it has often been criticised, both in the political and the public sphere, that Scotland has not been granted the possibility of participating in Brexit talks as much as its population would wish. This does nothing but reinstate the necessity of involving Scottish citizens in projecting its future.

What will be the focus of the Scottish chapter for this upcoming year?

Given the Brexit referendum results, in which over 60% of Scots voted Remain, the Chapter recognises the importance of the EU to Scotland, and the will to maintain a strong relationship to it after Brexit. However, 6 months before the official exit, we feel like we need to get past the time of advocating for staying in Europe, for a reversal of Brexit or the possibility of a second consultation. The Chapter will therefore focus on Scotland’s possibilities given the current state of affairs. It will promote dialogue amongst young people, experts, political parties and institutions in order to reach a solution that satisfies the needs and will of Scottish citizens.

Are the Scottish Chapter and its activities inherently against Brexit, then?

We are as a Chapter not political campaigners per se, but in a way mediators between the youngest generations and political institutions. Therefore, we do not pursue any kind of programme but that of young Scots. Our activities are aimed at involving young people in Scotland in the shaping of their future. We want them to bring their perspectives and ideas to the fore, and to work together with political parties and institutions to construct together, in whatever way they think is most desirable.

How can people in Scotland (and not only) get involved?

The Chapter is currently based at the University of Aberdeen, so our initial activities will be held there. Young people in the city will have the opportunity to take part in our phase of the Generation Brexit research project, in which they can express their views on the future of their country in broader general terms as well as in regards to the EU and the UK. We will also be contributing to a project run at Robert Gordon University on the impacts of Brexit on the mental health of students. Young Aberdonians can participate in both projects as research assistants as well.

“There is much that young Scots can do”

Our main event this year will be our annual policy cycle, to which young people from all over the country are invited to attend. The topic for the conference will be From Edinburgh to Brussels: Devolution and Scottish-European relations after Brexit. We will have conventional conference talks followed by roundtables in which experts and young generations can come together and put forward ideas to take the reins of their country’s future. There is much that young Scots can do, and it goes without saying that all proposals and suggestions are more than welcome!