The geopolitical challenges of the European Union 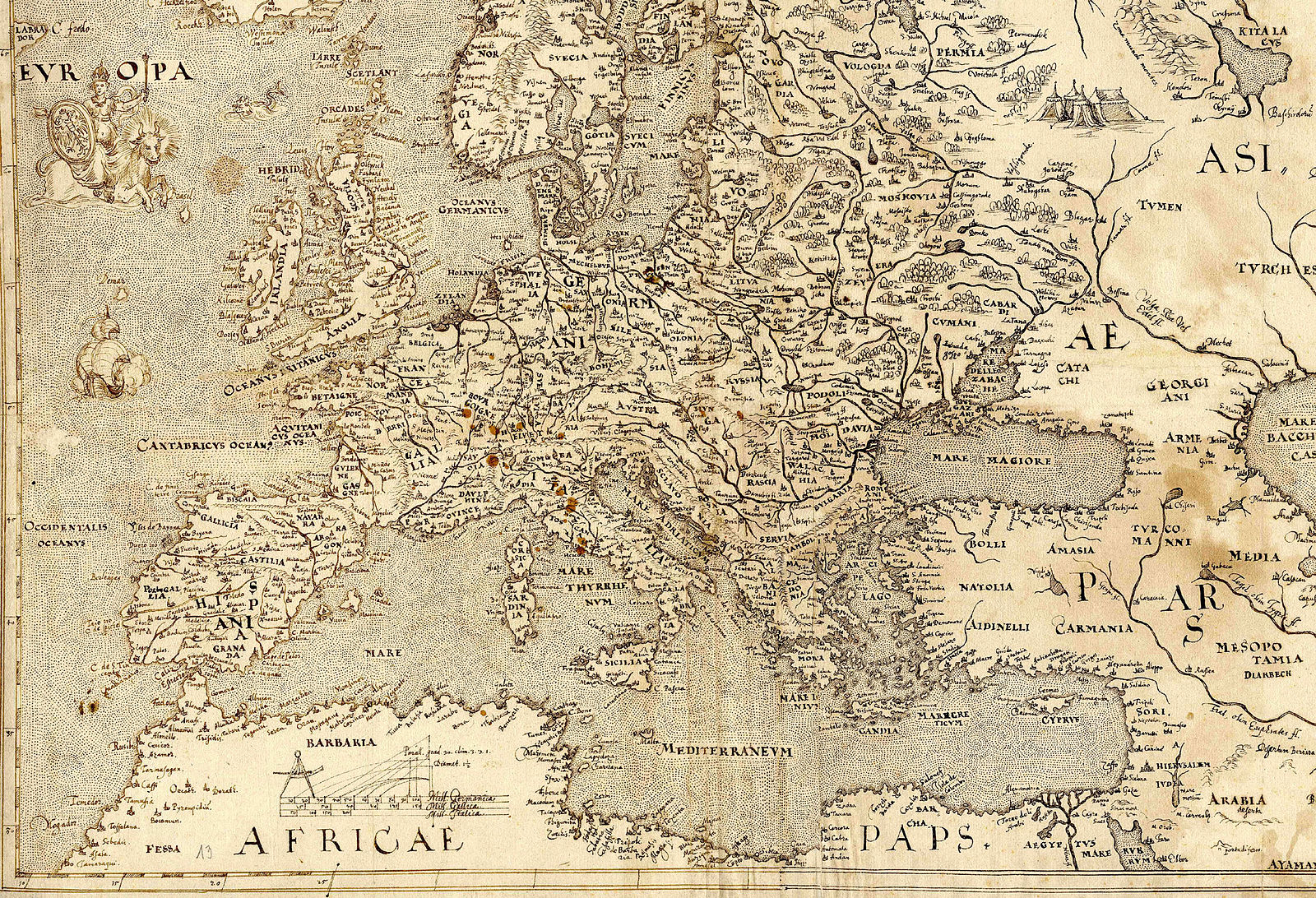 The geopolitical challenges of the European Union, as well as those of each of the member countries individually, will shape the development of the organisation throughout its existence. Geopolitics provides us with an appropriate framework of analysis to address the issues that the European Union will face in the near future. The way in which geography can explain the power relations between different actors can be very useful, not only to provide a framework to analyse a conflict during a specific time, but also to predict future developments and offer possible solutions.

Europe’s strategic location, together with its climate, its extensive agricultural areas, its population density and its privileged access to maritime routes, converged to make the region one of the most fruitful in the world. However, recently, the European Union has lost the relevance it had in world politics, as interest has shifted towards Asia -in its attempt to become the epicentre of global capitalism- and the Middle East. Although the European Union is not a region of special interest in terms of destabilisation and armed conflicts, its proximity to other conflict zones and the involvement of some member states in conflicts outside the EU -together with the contextual factors that have been defining European politics in recent years- may send the European Union back to the centre of the international political chessboard.

Mark Eyskens, the former Prime Minister of Belgium, defined Europe as “an economic giant, a political dwarf and a military worm“, which raises several questions: will we continue to be an economic giant? Will we mature politically towards greater integration? Will we succeed in abandoning the sphere of influence of external actors and establishing ourselves as a real military power once and for all?

The Spanish chapter of the 89 Initiative will try to deal analytically with the geopolitical focuses of interest -both current and hypothetical- of the European Union, through a series of articles that we will introduce in the future.

The United Kingdom’s withdrawal will also affect its overseas territories, particularly in the case of Gibraltar, which will have to determine the nature of its future relations with the European Union under the watchful eye of Spain. Due to the Brexit agreement, Spain has obtained veto power on this issue, which still claims sovereignty over Gibraltar.

The departure of the United Kingdom and its resulting autonomy can lead to a distancing of the European Union from the American sphere of influence. This makes us wonder whether that space created between the two would be occupied by another power or whether, on the contrary, the European Union would be able to rise up independently. Therefore, Brexit, along with the European common defence project, forces us to reconsider the dependence on NATO by the member countries. In this scenario of increased military autonomy of the EU, the potential resulting distancing from NATO, together with the withdrawal of the United States’ main partner, makes us wonder whether orienting the EU’s foreign policy eastwards is reasonable or not.

Russia’s entry into the European Union is impossible, but what would be the hypotetical consequences of such a scenario? Firstly, considering the realist theory of the international relations, Russia’s incorporation into the European project would considerably increase the organisation’s power in world politics. Not only would it vastly enlarge the Union’s territory, but it would also mean the entry of another nuclear power and a permanent member of the UN Security Council, which would compensate for the United Kingdom’s departure. However, this scenario is impossible at present given the many pitfalls pointed out by the many critics of this proposal. Secondly, Russia’s levels of democratisation are not compatible with the European standards. Furthermore, as we have already mentioned, there are a large number of EU member countries that belong to NATO who would contest the inclusion of Russia, such as the countries of Eastern Europe which do not maintain very good relations with Russia. Additionally, there is currently the open conflict in Ukraine and the Crimean issue which involved various sanctions against Russia by the European Union. The reality is that the European Union and Russia are virtually incompatible as neither of them have any interest in Russia’s accession to the European project. However, it is interesting to consider the possibility of increasing cooperation with the Russian giant in both economic and defence matters, as this could help to promote stability in the region and to confront the perspective that positions both actors as antagonistic powers. In any case, Russia has consolidated itself as a world power and the European Union must establish the nature of their relationship, whether of cooperation or of containment.

We must also be attentive to the entry of new members, such as Albania and Northern Macedonia, which did not obtain the Member States’ unanimous agreement to join the European Union and which, after this event, were invited by Russia’s Permanent Representative to the EU to join the Eurasian Economic Union. Turkey, which also applied to join the European project in 2005, is another of the potential new members to which we will have to pay attention, as it may put the European Union in a real predicament. Turkey’s entry is far from taking place, but the influence that Turkey can exert on European policy can be decisive. Considering the current situation, Turkey has threatened to open the doors of Europe to the refugees it receives in the event that the European Union imposes sanctions on it or condemns the actions against the Kurdish people following the withdrawal of the US troops from Syria. All of this is inserted into the agreement between the EU and Turkey signed in 2016 whereby Turkey undertook to accept refugees to prevent them from moving onto EU countries that do not want an influx of immigrants in exchange for three billion euros from the EU to Turkey.

The issue of the refugees brings us to another of the European Union’s short- and medium-term points of interest. Instability in the Mediterranean Sea and North Africa are proving the Union’s difficulties in dealing with this problem and underscore the need to establish a common asylum policy for migrants. The unequal distinction between arrival countries and host countries, as well as the refusal by various states to accept the arrival of migrants in their territories, show the need to advance in European integration and to establish joint policies that overcome national obstacles. How the EU deals with this crisis will leave an indelible mark on the history of the Union and will be a deciding factor for the future political reality of European integration in the coming years.

Another area to watch in the future is the Arctic. Unlike Antarctica, the Arctic is not a continent, but a region of frozen waters. Due to global warming, the thickness of the ice is decreasing and brings to light the great treasures that it hides: an immense amount of resources and the access to new routes that would incredibly shorten maritime distances. Denmark is the only European Union country with claims in the Arctic, which brings the organisation closer to having some influence in the region in the future. We must not forget that Donald Trump, President of the United States, proposed to Denmark the purchase of Greenland. What are the reasons for this interest? Greenland is the world’s largest island, concealing a significant amount of mineral resources needed in the field of new technologies. It is of great strategic importance because of its location between two oceans, it gives access to new routes and its sale would limit the Danish claims in the Arctic, which in the long run would harm the European Union as a whole.

Finally, it would be interesting to analyse the future prospects of our chapter’s host country, Spain. The main issue of interest to the Spanish state is obviously the Catalan issue. The public disturbances and demonstrations in Catalonia following the “procés” verdict have reopened the debate and make us wonder about its future development and about the role that the European Union should play in the conflict – considering that its development may determine the future of other independence movements in the region. However, it is necessary to analyse whether Spain will try to carry out a more active foreign policy. Of particular interest are its relations with the countries of North Africa, its relations with Gibraltar and the United Kingdom following the achievement of the right of veto in future agreements between the Rock and the European Union and, finally, whether it will choose to look towards Latin America and to have a real political and commercial influence that spearheads the European foreign policy in the region due to its historical-geographical connections and especially following the bilateral agreement between the European Union and Mercosur.

We have already seen the first steps towards the European Union´s geopolitical renaissance. The European Commission President, Ursula von der Leyen, has promised to build a “geopolitical commission”. Moreover, the High Representative of the European Union for Foreign Affairs and Security Policy, Josep Borell, has urged the UE to “become the player, not the playground” in terms of foreign policy.

All these aspects, in addition to those that have not been mentioned here such as cyber-security, terrorism and climate change, are of interest in the European Union’s foreign policy. The Spanish chapter of the 89 Initiative inaugurates with this text a series of articles to deal in depth with all these issues following a geopolitical analysis, concerned about the development of the European Union and its capacity to condition and determine the world’s political agenda in the coming years.