The Integration of the Fiscal Compact into Secondary EU Law 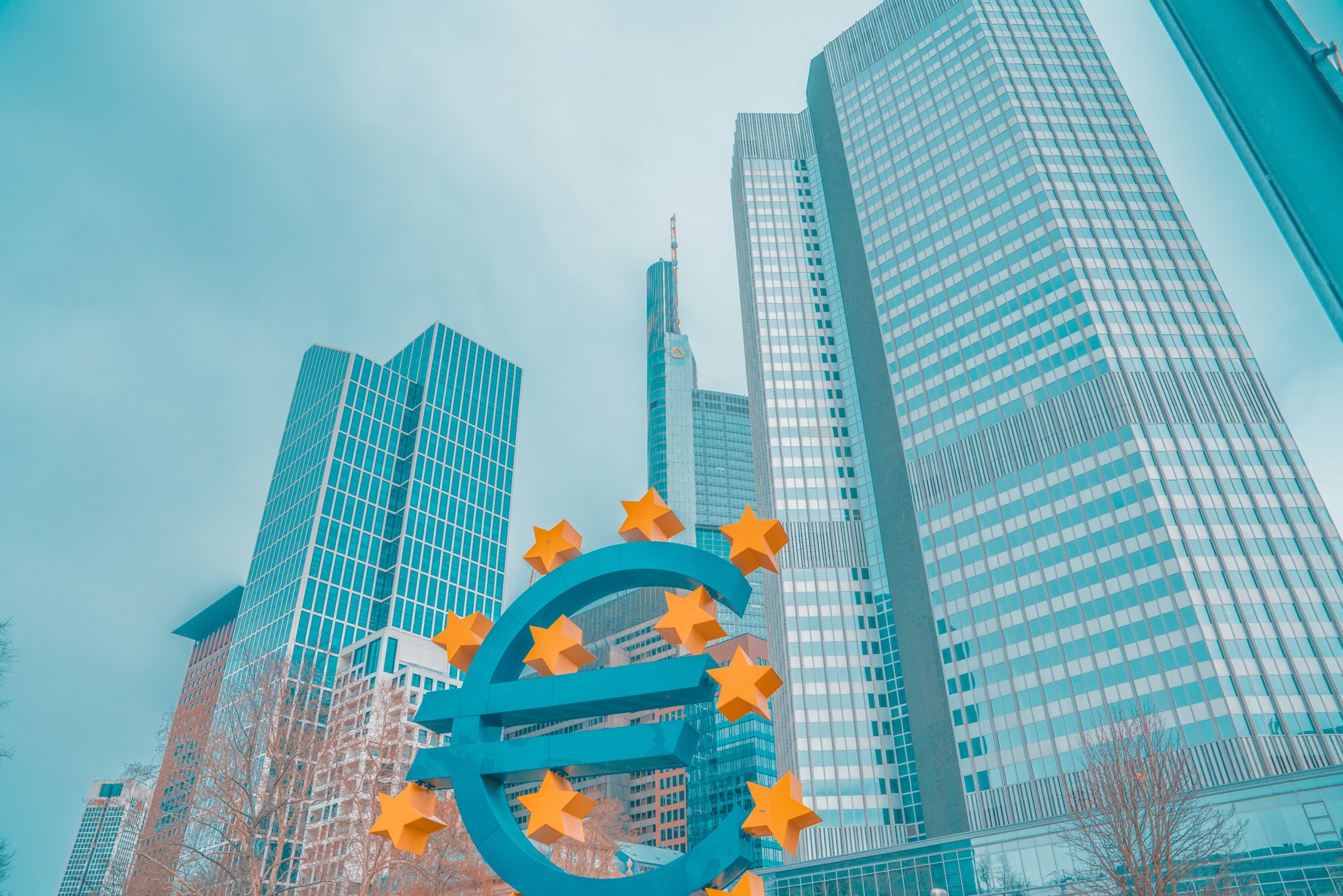 The Treaty on Stability, Coordination, and Governance was an intergovernmental treaty signed by most EU member states broadly aimed at encouraging budgetary restraint in the aftermath of the European Sovereign Debt Crisis. Composed of six titles, the treaty sought to reconcile the European Monetary Union with a common approach to fiscal policy. This was achieved via a series of deficit and debt restrictions articulated in Title III of the treaty (also known as the ‘Fiscal Compact’). The following sections summarise the key tenets of the Fiscal Compact and examine its implications for European economic policy. Recent efforts to incorporate the Compact’s substance into EU legal frameworks are discussed, as are blockades to implementation. Finally, the Fiscal Compact’s goals are contextualised in wider academic and political debates regarding how best to address the asymmetries in fiscal and monetary policymaking that persist at the European level.

Full Policy Report: The Integration of the Fiscal Compact into Secondary EU LawDownload

The European Union (EU) traces its historical origins to a mission of economic integration. Beginning with the European Coal and Steel Community’s mandate to facilitate “economic expansion, growth of employment and a rising standard of living in the Member States” via regulation of industrial production, supranational European institutions have aimed to enforce a common approach to economic policy. The spirit of this mission is present in the Maastricht Treaty and the central milestones of European integration — from the euro to the customs union.

Despite this perennial commitment to the ideals of economic integration, the European project has long been challenged by difficulties reconciling a common currency and centralised approach to trade with Member State governments that maintain significant control over other aspects of economic governance. Though control of monetary policy was centralised with the European Central Bank, the Member States maintain broad jurisdiction over matters of taxation and expenditure, contributing to persistent coordination issues. These concerns rose to the fore in the recent European Sovereign Debt Crisis, when improper coordination of fiscal policies between Northern and Southern Member States contributed to ballooning current account deficits in Greece and other “peripheral” eurozone members. This accumulation of private debt — and its conversion into public debt via government-funded bailouts — would fuel a balance-of-payments crisis across the EU [1], raising serious concerns for the future of the monetary union.

The European Sovereign Debt Crisis was not an entirely surprising turn of events. Framers of the Maastricht Treaty were acutely aware of the dangers of a monetary union and as such established the Stability and Growth Pact (SGP), a 1997 resolution aimed at facilitating European convergence via recommendations to keep budgets in balance or surplus, other than during economic downturns. Though it included a foresightful set of policy recommendations, the SGP lacked a viable enforcement mechanism and was largely ignored by the European Member States [2].

The Treaty on Stability, Coordination, and Governance (TSCG) was an intergovernmental treaty signed in 2012 by all EU Member States except the Czech Republic and the United Kingdom broadly aimed at reconciling these monetary and fiscal policy asymmetries. The treaty achieves this aim by specifying that its signatories should maintain structural (i.e. cyclically adjusted) deficits not exceeding 0.5% of GDP, unless public debt levels are lower than 60% of GDP, in which case 1% is the suggested lower bound. Deficits limits are waived during economic downturns, allowing for Keynesian fiscal stimulus; however, structural adjustment programmes are encouraged in the immediate aftermath of crises, thereby bringing signatories within debt objectives in the medium term. The TSCG recommends the implementation of these rules via constitutional amendments at the Member State level, with guidance from the European Commission. Title III of the treaty specifies that violations of these rules should be tried before the Court of Justice of the European Union [3], which in the event of non-compliance can extract a penalty not exceeding 0.1% of GDP. In the event of excessive structural deficits, Member States are also expected to implement structural reforms, some of which may be recommended by the European Commission.

Implementation of the TSCG’s recommendations into ordinary and/or constitutional law has been universal across eurozone signatories; however, concerns persist regarding legal enforcement. Some also argue that the Fiscal Compact does not go far enough, and that fiscal policy is best coordinated by the EU itself or independent fiscal institutions (IFIs) not accountable to Member State governments [4]. Since the treaty’s ratification, these concerns have led the European Council to formally consider integrating the Fiscal Compact into EU secondary law, thereby strengthening enforcement mechanisms beyond what is possible for intergovernmental treaties.

The TSCG was originally ratified in March of 2012 by all Member States except the Czech Republic and the United Kingdom, which left the EU on 31 January 2020. Article 16 stipulates that the treaty’s content should be incorporated into secondary EU law within five years of its signing, thereby granting the European Parliament scrutiny rights.

Fulfilling Article 16 of the TSCG and reacting to the Sovereign Debt Crisis, the European Commission officially proposed a Council Directive in December of 2017 aiming to incorporate the substance of the Fiscal Compact into EU secondary law. Recognising the pro-cyclical deficit bias across Member State governments, the Directive:

“lays down an obligation for Member States to have in place a framework of binding and permanent numerical fiscal rules which, while being consistent with the fiscal rules laid down in the Union framework, can embody specificities relevant to the Member State concerned.”

Given Article 5 of the Treaty on the European Union’s emphasis on subsidiarity, the Directive is ambiguous regarding the specific budgetary objectives that should be met be Member States, instead suggesting a general need for fiscal responsibility. Article 3 of the Directive further stipulates that the Member States should create independent bodies responsible for recommending and monitoring fiscal benchmarks, thereby depoliticising fiscal policy decisions. Finally, the Treaty specifies that Member States should institute automatic correction mechanisms that can be activated if budget objectives are significantly missed.

In accordance with its consultative role on matters relating to economic policy, the European Central Bank (ECB) was tasked with producing an opinion on the aforementioned Council Directive in May of 2018. Though the ECB welcomed efforts to synergise fiscal and monetary policy among the Member States, it also warned against a lack of specificity in the Council Directive, suggesting that any efforts to incorporate the TSCG into EU law should explicitly require that budgets stay in balance or surplus. The original Council Directive granted broad leeway to Member States in determining the specifics of fiscal rules because of a desire to accommodate diverse institutional and social contexts. Thus, the ECB suggests the proposed rules may encourage Member States to weaken constitutional or legal restraints on deficits, thereby mitigating the efficacy of the arrangement.

On 23 January 2018, the ECOFIN Council determined that persistent concerns regarding the proposed Council Directive meant it was not ready to be taken up by the European Council. The proposed Council Directive has faced further challenges in the European Parliament, where efforts to advance it out of the Economic and Monetary Affairs Committee have continually failed due to a lack of consensus on proposed amendments.

The Future of the Fiscal Compact

The COVID-19 pandemic and its corresponding economic response have further confounded efforts to incorporate the substance of the Fiscal Compact into secondary EU law by facilitating unprecedented fiscal stimulus in the eurozone and around the world. To bolster market confidence and reduce pressures to impose austerity, the SGP’s general escape clause was activated on 23 March 2020 at the recommendation of the ECOFIN Council. Though the Ministers of Finance of the Member States reiterated that they are “fully committed to the respect of the Stability and Growth Pact,” its incorporation into EU secondary law seems unfeasible in the years to come, especially as economic forecasts point to a long and arduous recovery. In the Sovereign Debt Crisis, the relaxation of fiscal rules (alongside ECB guarantees of government bonds) helped catalyse recovery [5]. Thus, any efforts to tighten fiscal restrictions will likely be met with opposition during the COVID-19 pandemic.

Debates over the future of the Fiscal Compact are especially pertinent given a rapid shift in rhetoric at the EU level and in academic circles regarding the sustainability of high levels of government debt. Academic researcher and policy papers published as of late overwhelmingly warn against premature fiscal restraint [6] [7], especially given historically low interest rates. A recent European Committee on Economic and Monetary Affairs report also indicated that the ECB may pursue monetary financing of deficits to prevent debt accumulation among Member States. This approach is a marked shift from the EU’s early response to the Global Financial Crisis, and also reflects a wider intellectual decline of monetarism as a philosophy of economic governance. Ultimately, the turbulence created by the COVID-19 pandemic and a change in tenor in the economics discourse suggest that efforts to incorporate the Fiscal Compact into EU secondary law may be politically unpalatable in the years to come.

A second debate that will inform the future of the Fiscal Compact is to what extent the EU can make fiscal policy, rather than merely regulate it. Next Generation EU, the €750 billion economic recovery plan agreed upon by Member States in July of 2020, represents an unprecedented foray into fiscal policymaking by the EU. Indeed, some have suggested the centralized package represents a first step towards a fiscal union [8]. Whether the Fiscal Compact maintains its relevance depends on the ways by which the EU expands its jurisdiction in areas of economic governance.

The following articles summarize key reflections and debates regarding how best to harmonize fiscal and monetary policy in the EU, especially in the era of the COVID-19 pandemic.

Buti, M. (2020). A tale of two crises: Lessons from the financial crisis to prevent the Great Fragmentation. VoxEU. https://voxeu.org/article/lessons-financial-crisis-prevent-great-fragmentation

Full Policy Report: The Integration of the Fiscal Compact into Secondary EU LawDownload

[2] Anthony Annett. 2006. “Enforcement and the Stability and Growth Pact: How Fiscal Policy Did and Did Not Change Under Europe’s Fiscal Framework.” IMF Working Paper WP/06/116. https://www.imf.org/en/Publications/WP/Issues/2016/12/31/Enforcement-and-the-Stability-and-Growth-Pact-How-Fiscal-Policy-Did-and-Did-Not-Change-Under-19108

[3] Damian Chalmers. 2012. “The European Court of Justice has taken on huge new powers as ‘enforcer’ of the Treaty on Stability, Coordination and Governance. Yet its record as a judicial institution has been little scrutinized.” EUROPP. Accessed 12 May, 2021. https://blogs.lse.ac.uk/europpblog/2012/03/07/european-court-of-justice-enforcer/