The Role of Social Media in Protests: Mobilising or Polarising? 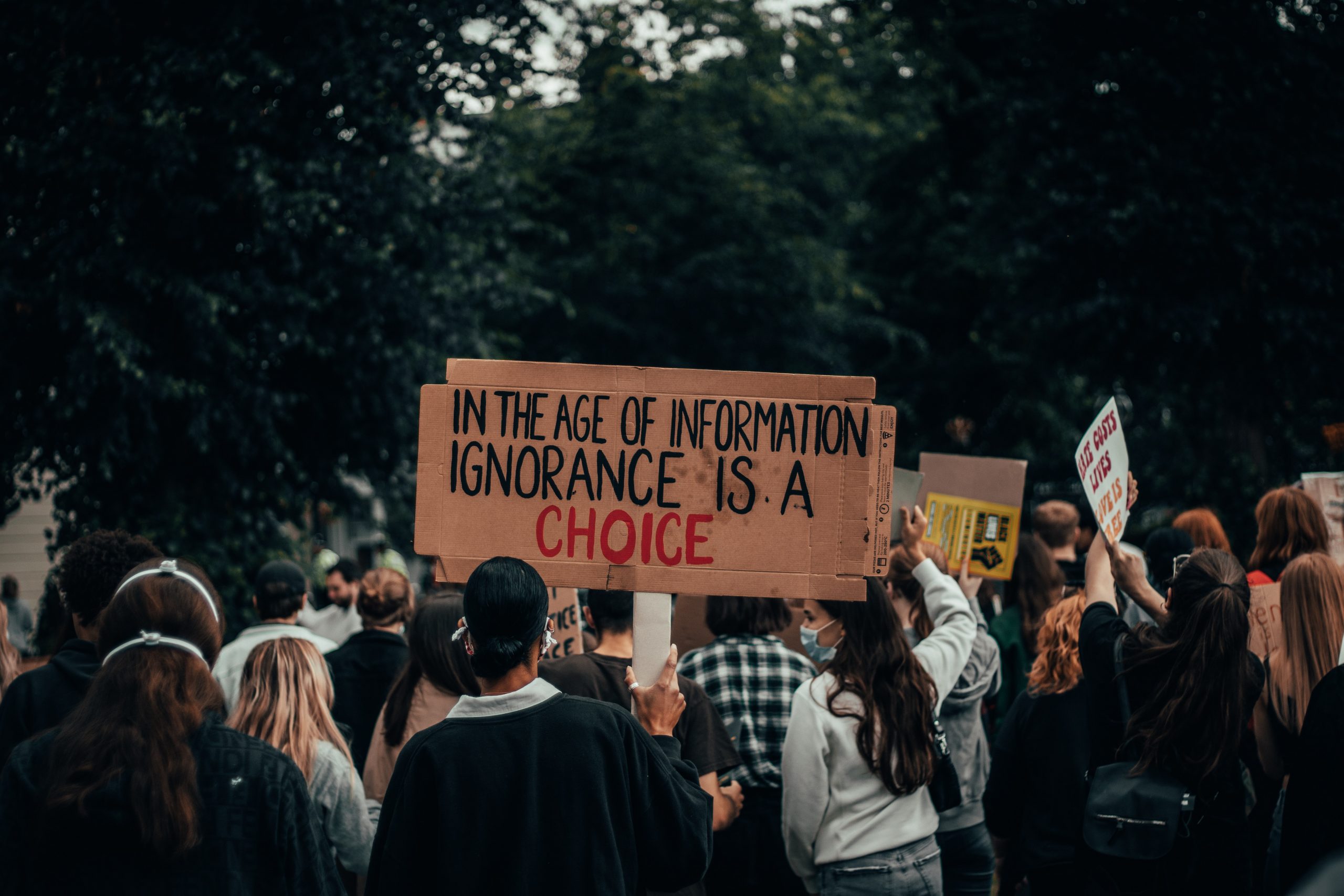 TW: It is important to note to readers that this article will discuss the Black Lives Matter and Reclaim the Night/Streets protests that were catalysed by the deaths of George Floyd and Sarah Everard respectively.

Social media’s power to mobilise people into action is undeniable. Academics and journalists first began to discuss the use of social media as a tool for activism during the 2011 Arab Spring, which became nicknamed the ‘Facebook Revolution’ and the ‘Twitter Uprising’. Since then, social media has been used by activists, protestors, and revolutionaries to attract global support for fights against a range of injustices. But just as it is a platform through which information and momentum spread at an unparalleled rate, so too do misinformation and division. The COVID-19 pandemic and the increased use of social media as a means to stay connected in a socially distant world has afforded social media even more power, but it’s responsibility to safeguard against polarisation can slip through the cracks. The use of social media throughout COVID-19 to mobilise people across the political spectrum to respond to perceived injustices is an interesting lens through which social media’s role and responsibility can be understood, and aids an understanding of the challenges that the future of socio-political communication will face.

In the past year, we have witnessed a number social movements that were amplified thanks to social media. The ease of access to journalism and information that social media affords has allowed for a reduction in ‘information asymmetry’ between those in power and those fighting for change, by providing both parties with evidence to support and inform their cause. This evidence can be shared with international audiences, eliciting support and commentary in communities that are not bound by geography. Social media’s visual culture means that evidence of injustice can be communicated widely and quickly, which holds those responsible accountable for their actions. For example, George Floyd’s murder in May 2020 was filmed and sparked international Black Lives Matter protests. This momentum required impactful footage and a means by which it could spread, and social media platforms perfectly fit the bill. Once this spark was lit, social media became a tool through which people could organise protests at an unparalleled rate. Social movements are also able to use social media as a platform to educate and inform, particularly at a time when more people are not able or willing to protest in person. For example, the Reclaim the Nights/ Reclaim the Streets protests that were sparked by the murder of Sarah Everard were accompanied by a push for education on gender inequality. The ‘#notallmen’ hashtag was rebranded by protestors to share women’s experiences and move the dialogue away from a men versus women binary that threatened to fuel counter-protests.

However, social media’s ability to spread information quickly is a double-edged sword: misinformation can also spread equally as quickly, which can fuel the flames of division. Egyptian revolutionary Ghonmin said that after the success of protests organised on social media, these platforms became a battlefield of misinformation, and “the same tool that united us to topple dictators eventually tore us apart.” Because social media makes information available at a magnitude that traditional media could not even dream of, it often requires bite-size, eye-catching click-bait, and the cost of this is sacrificing neutrality. Regardless of the legitimacy of the perceived need for protest, ‘click-bait’ activism requires binaries: a cause requires an opponent and is therefore conflictual, and a small minority of extremists can easily come to represent a whole group in the eyes of its opposition. Although this isn’t necessarily unique to modern-day protests that are organised online, the nature of online communication allows these binaries to divide at an unparalleled rate because an unparalleled amount of information and misinformation is available. For example, the storming of the US Capitol was a riot that was fuelled by misinformation that spread in an echo-chamber of perceived injustice against Trump. These echo-chambers across the political spectrum are fuelled by social media, and because social media provides people with international allies, the need to form a community of mutual respect with those around us is reduced – and this online polarisation turns violent when it takes to the streets. Furthermore, although these international communities are sources of momentum and support, they do not nurture the same sense of trust as traditional protests does, and thus are arguably more vulnerable.

No political movement denies social media’s power to both galvanise and polarise. In this era of rapid information (and misinformation) distribution, we have a responsibility to understand how these platforms can be used to effectively educate and mobilise. These platforms serve an important political function across the political spectrum, but their users and creators must now decide how to balance the right to free speech and ease of access to information with the responsibility to protect factfulness.